Alan has lived and worked in the Exeter area for the majority of his career. After qualifying as a Chartered Accountant, Alan spent over thirty years working in private practice in the city. Following retirement he joined the Exeter Chiefs in 2008 as Finance Director.

Alan has been actively involved as the Chiefs have risen over the years from Championship, through promotion to Premiership Champions in 2017.

It was because of his passion both for the club and the local community that Alan took on the role of a trustee of the Exeter Foundation. His financial background and local knowledge allow him to bring a well rounded approach to the vision and ambition of the Foundation. 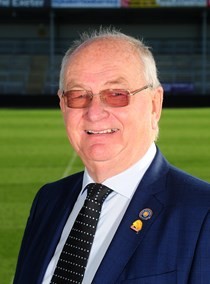