Tony is currently the Chief Executive and Chairman of the South West Communications Group. Tony has many other commercial interests in Exeter but notably he is the Chief Executive and Chairman of Exeter Rugby Group Plc ( Exeter Chiefs), who over the last 20 years under his guidance have risen from a fourth division amateur outfit to the Champions of English Rugby Union, playing in England’s Aviva Premiership. In 2006, the Chiefs made the move from the run-down County Ground at St Thomas, to Sandy Park: a state-of-the-art stadium and conferencing centre based on the edge of the City.

Tony was educated at Grove Road Secondary Modern Gosport, left school at the age of fifteen and joined the Royal Marines Band as a Bugler/Drummer and spent most of his service career serving on Royal Navel Establishments.

Made redundant from the Royal Marines in 1972 he started up a company in Exmouth called Exe Marina Services which sold and repaired powerboat engines, he went on to successfully race single seater catamaran powerboats in the UK and Europe, becoming the British Champion in 1976 and setting a new British water speed record on Lake Windermere. He was in the all British team that won the Rouen 24 hour powerboat race in 1978 (the powerboat equivalent to Le Mans).

In 1982 Tony opened the first retail computer shop in the area and when the Government announced that they were going to open up the telecommunications market Tony immediately recognised the potential opportunity, setting up the first independent telephone company in the South West, South West Telecoms, which sold and installed business telephone systems. Over the last 35 years the business has grown to become one of the largest independently owned communications company in the south and south west. It has a broad customer base, from small start-up businesses to large international companies. Today the company is known as South West Communications Group (S W Comms).

Tony is a keen motorcyclist and goes off on a long trip every year, in recent years he has undertaken motorbike trips through Africa, from Cape Town to Cairo and around South America to raise money for Devon charities. In his spare time he restores and looks after a large collection of old fire engines and he collects stamps. 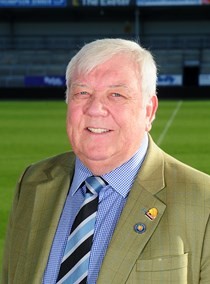