Marc is the CEO of multi award-winning PR and Marketing agency Astley Media and founder of citizen journalism website The Exeter Daily. Before launching his agency, Marc was editor of the Express & Echo in Exeter for six years and a journalist for more than 20 years. He has been a trustee since the Foundation was launched and also supports several other charities.

Marc said: “This is a serious charity boasting several high-profile supporters and one which has made a huge difference to literally thousands of people’s lives.

“It’s a privilege to be involved with such an exciting project and to be working alongside so many dynamic and influential people.” 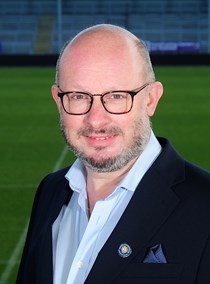